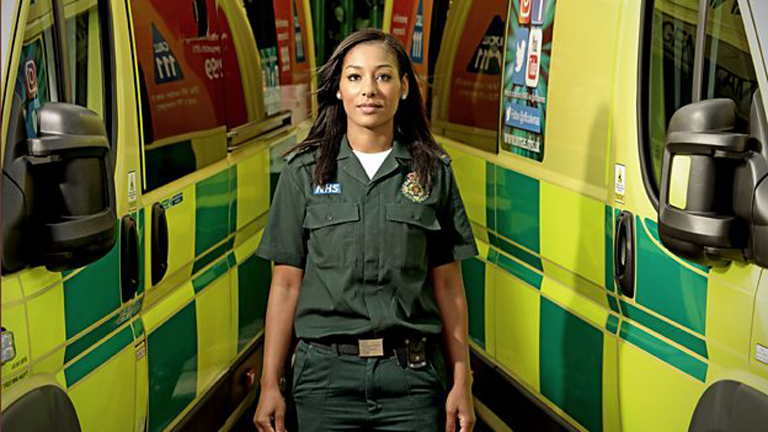 Dragonfly’s thrilling observational documentary series, Ambulance, will return to BBC One for a third and fourth series to bring an unflinching insight into the frontline of emergency health care in the U.K. The emotionally engaging series captures the stories behind the sirens. Filming simultaneously with the crews out on the ground, in ambulances and the highly-pressured control room, each episode provides a uniquely immersive 360 degree insight into the service who provide not only emergency medical care but also social care, mental health services and support for patients with an addiction.

Following the success of the second series, for the third series we return to West Midlands Ambulance Service, (8 x 60), but this time it is filmed over the busy winter period where the daily dilemmas and pressures are brought home to the audience in what feels like real time as the service responds to around 4,000 emergency calls a day from across a diverse region covering more than 5,000 square miles – from rural Herefordshire where the distance to a trauma hospital could be over an hour, to the busy urban centres of Birmingham, including their busiest night of the year, New Year’s Eve.

At the heart of the series are the staff of West Midlands Ambulance Service with both familiar faces as well as new crews who reveal how their own life experiences profoundly influence the care they give their patients and their families in moments of acute need.

For the fourth series, (8 x 60), we will be breaking new ground in filming with the second largest ambulance service in the country – North West Ambulance Service – from their three emergency operation centres in Manchester, Liverpool and Preston. We will be telling stories from across their massive 7 million people reach and 5,400 square miles. Filming for the fourth series will begin later this year.

Danny Horan, BBC Commissioning Editor, Documentaries, said: “The huge popularity of Ambulance demonstrates the hunger for dramatic story-telling and heart rending tales whilst not shying away from the challenges the service faces on a minute by minute basis. I’m confident the North West will deliver the same extraordinary access which makes Ambulance unique and a massive success. We are delighted to be moving there later in the year.”

Richard Bond, Creative Director of Dragonfly says: “We are delighted the BBC want us to go back and visit West Midlands Ambulance Service, we didn’t feel ready to say goodbye to them just yet and felt there were many more stories to tell. But it’s also exciting to then be following the second largest ambulance service in country – the North West Midlands Ambulance Service – to see how they cover their massive patch and meet a whole host of new faces.”

Consistently No.1 in its timeslot, the second series of Ambulance delivered a consolidated average audience of 4.42 million viewers and a 19.2% market share.

The executive producers for Dragonfly will be Kirsty Cunningham and Simon Ford. It was commissioned by Charlotte Moore, Director of Content and Clare Sillery, BBC Head of Commissioning, Documentaries. The BBC Commissioning Editor, Documentaries is Danny Horan.