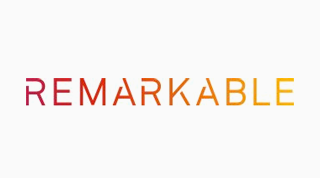 As outside spaces become increasingly important to homeowners, BBC Two announces it has commissioned Remarkable TV (part of EndemolShine UK) to produce a six-part series that will give viewers across the nation breath-taking and innovative inspiration ideas on how to transform their gardens into the most desirable space in their house

Your Garden Made Perfect will use cutting edge technology and VR (virtual reality) to show owners the true potential of their outdoor areas. Standing in digital versions of their uninspiring plots, an extraordinary transformation will take place, revealing spaces that fundamentally improve the way people live.

In each episode, competing designers will go head-to-head producing their vision of how a neglected space could be reimagined. The owners must then decide which ingenious design to turn into reality. It’s designer v designer as they vie to win the commission and build their garden in real-life, but the ultimate goal is a new space that allows the family to live in a way they could previously only dream of.

“With the nation having been on lockdown, gardens have never played such an important role. They’ve allowed us to step outside and escape from being confined inside. Your Garden Made Perfect will transform how people use outdoor space, showcasing breath-taking designs that will allow us to all discover the hidden potential that lies just beyond our back door.”

“Your Home Made Perfect’s use of innovative VR technology captured the imagination of the audience, so now, at a point when outside space is more important than ever, we will use this technology to bring a wealth of inspiration to enable people to transform their gardens into the ultimate go-to spaces.”

Your Garden Made Perfect is a 6×60’ series. It is a Remarkable TV production for BBC Two. It was commissioned by Patrick Holland, Controller BBC Two and Catherine Catton, Head of Commissioning, Popular Factual and Factual Entertainment. The Commissioning Editor is Michael Jochnowitz. It is executive produced by Joff Wilson for Remarkable Television.