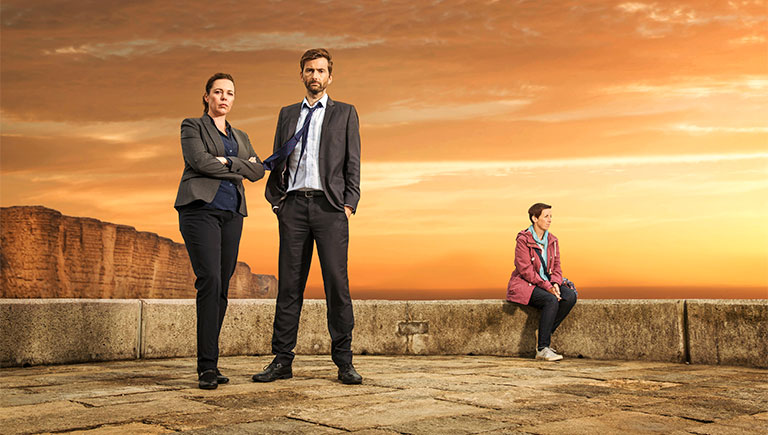 Broadchurch sweeps the board at the TV Choice Awards

TV production company Kudos won three awards at the 2017 TV Choice Awards for their critically acclaimed drama Broadchurch. The third and final series which aired on ITV was named as Best Drama Series beating strong competition from Line of Duty, Our Girl and Poldark.

David Tennant and Oliva Colman also both won in the Best Actor and Best Actress categories for their roles as DI Hardy and DS Miller.

The series has previously won a BAFTA awards for Drama Series and Leading Actress for Olivia Coleman, and a Broadcast award for Best Drama & Serial.