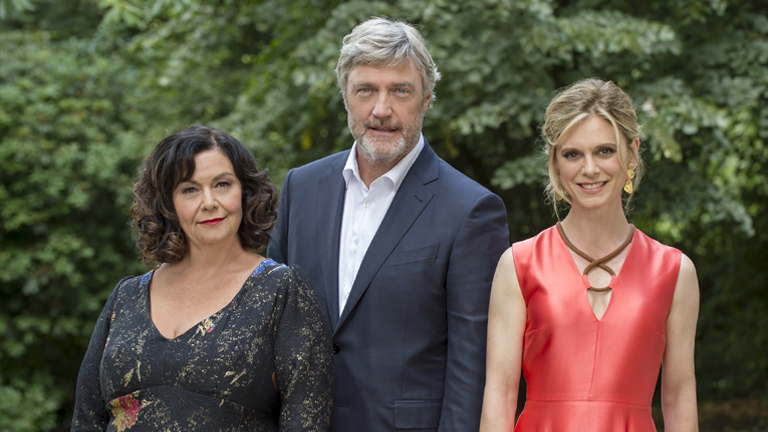 Vincent Regan (Troy, Strike Back) takes on the role of rich investor, Mason Elliott, as he joins the stellar cast in the third series of Sky original production Delicious.

The new series kicks off with a bang as we meet Mason in episode one, which hits Sky One and NOW TV in December 2018.

Mason, a famous chef and restauranteur, joins Gina (Dawn French) and Sam (Emilia Fox) at the Penrose Hotel as their relationship continues to be tested by the surprises that their family and turbulent love lives throw at them.

Mason’s devilish good looks and charm have got him almost as far as his talent and he’s celebrated for being able to turn a struggling eatery into the hottest table in town. He’s a cut above in the kitchen too, but Mason’s real gift is spotting potential and capitalising on it. Most of all, he knows what he likes, and he knows how to get it.

Vincent Regan said: “I absolutely loved my time on the set of Delicious. We had a great time filming in some beautiful locations and I’m thrilled to have joined the cast to shake up the dynamic for this series.”

Serena Bowman, executive producer for Sky, said: “We’re over the moon Vincent has joined the cast for this hugely popular drama. There are some exciting storylines for the third series and we’re looking forward to curling up on the sofa and watching over Christmas!”

Phillippa Giles, executive producer and producer for Bandit, said: “In the brand-new series of Delicious we were looking for an actor that could move the dial and change things up a bit. Vincent’s chemistry with Dawn and Emilia was palpable from the first!”

Following the successful first series, the four-part second series was another hit with Sky customers, with episode one launching with a cumulative audience of 1.35million viewers – the biggest audience for a returning original drama on the channel for five years.