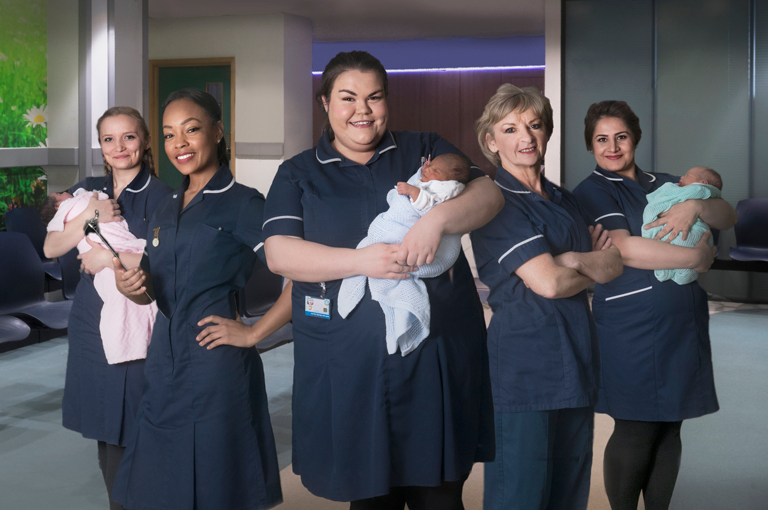 Dragonfly, part of Endemol Shine Group, today announced that series 11 of award-winning documentary One Born Every Minute is back and will be documenting deliveries from the new location of Birmingham Women’s Hospital for Channel 4 (10×60’).

One Born Every Minute’s new home is a centre of excellence, providing specialist services to more than 50,000 women and their families every year. They are one of only two dedicated women’s hospitals in the UK and are one of the busiest single site maternity units, delivering over 8000 babies a year.

This year’s series will reflect the rich cultural mix of the city and viewers will get to know a new batch of soon-to-be parents as they enter the hospital doors, including Ben who suffers sympathy pains and faints during the birth, Samantha who was diagnosed with Leukaemia as a child and suffers a potentially fatal haemorrhage, and Elizabeth & David who met through a Harry Potter fan site – and are now expecting their own magical miracle. Eagle eyed viewers may also recognise Sunny and Shay who have previously featured in Channel 4’s ‘The Family’ and who are now starting a family of their own.

Series 10 of the BAFTA winning programme achieved a consolidated average audience of 1.76 million and a 7.4% market share (+13% above Channel 4’s primetime average and +5% above the slot average).

The Executive Producer for One Born Every Minute Simon Kerfoot says: “It’s really exciting being in a new hospital, especially one as busy as this. We have a fantastic mix of emotional, dramatic and funny stories in this series which is entirely down to the brilliant residents of Birmingham and all the midwives and care workers at Birmingham Women’s Hospital.”

The Series Producers for One Born Every Minute are Denise Mather and Gaynor Davies. It was commissioned by Rita Daniels and Emily Jones at Channel 4.