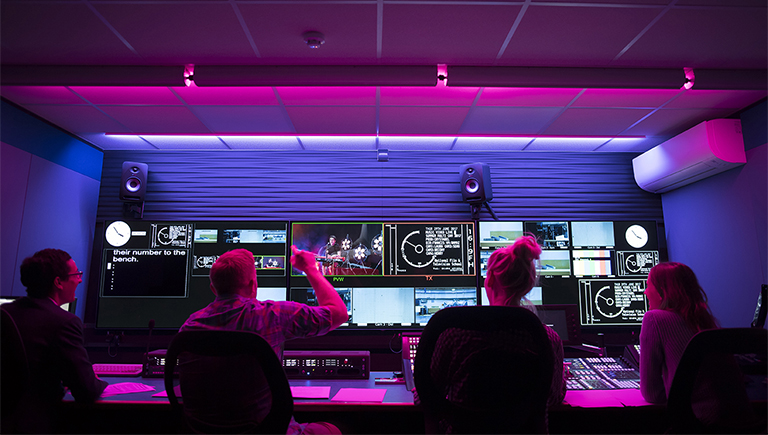 Endemol Shine UK has signed a deal with the National Film and Television School (NFTS) which grants a first look at graduation projects from their prestigious Directing and Producing Television Entertainment MA.

Each year 5 carefully selected Entertainment show ideas developed by the 2nd Year TV students, are taken to pilot stage as the culmination of the two-year MA www.nfts.co.uk/tvent. Under the terms of the deal, agreed by Endemol Shine UK CEO Richard Johnston and NFTS Director Jon Wardle, Endemol Shine will support the course and have first refusal to invest in these formats with the option to further develop and, if relevant, pitch to broadcasters.

Richard Johnston, CEO Endemol Shine UK said: “Endemol Shine are great supporters of the NFTS so we are delighted to be backing the ambitions of this brilliant course by helping to realise the potential of projects. We can’t wait to see what these talented students come up with.”

Jon Wardle, NFTS Director said; “It’s fantastic to work with Endemol Shine whose track record in developing global hit shows from MasterChef to Deal or No Deal speaks for itself. This partnership is testament to the vital role our TV Entertainment MA plays in providing a pipeline of talent who will go on to develop the hit formats of the future.”

An ESUK producer will form part of the graduation project judging committee and the company can then choose to co-fund particular pilots alongside the NFTS. Should a completed show eventually be optioned by a broadcaster then any revenues will be split with the NFTS and the individual creator.

The Directing and Producing Television Entertainment MA is the only one of its kind in the world. It is recognised for its high standards and student graduation shows have won prestigious awards from the New York Television Festival and the Royal Television Society.