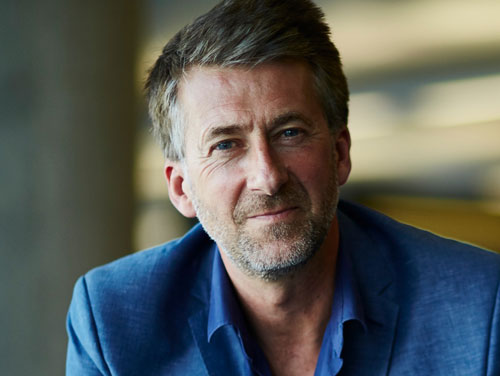 The daddy of all reality formats, Big Brother, will turn 20 next year – a milestone in modern television. Started by John de Mol on an industrial estate outside Amsterdam in 1999, Big Brother still feels like a youngster. An awful lot of TV has come and gone in that time, and yet Big Brother has endured. This year alone there are 26 editions in 24 different markets, including the first ever US celebrity version – another milestone.

The show always felt ahead of its time. Perhaps new technology and social media have finally caught up with the opportunities the format first brought with it. Remember, Big Brother launched in a pre-Facebook, pre-Twitter age in which online streaming was in its infancy and ‘social media’ was restricted to chatrooms and AOL instant messenger. Younger readers may have to look this up.

More recently, Big Brother took me to Rome with Endemol Shine producers from Israel, Australia, India, Denmark, Britain and the Netherlands. We found ourselves working with Italian producers who were introducing technical innovations for their Mediaset series. These workshops are part of the process of evolution that has to happen when you have made almost 400 productions of a show around the world. It’s got to be continuous innovation and re-invention.

I had just launched prototype reality series Castaway 2000 at BBC1 when Big Brother stormed into the UK on Channel 4. I remember reflecting on what a profound impact the debutant would have on the TV landscape (as well as channels’ overnights). As a new idea, it stopped us all in our tracks.

In 2018, it’s still an event. In the US, it is CBS’s number one unscripted show and has been the top-rating summer show for three years. The latest series in Brazil had a 54% share of the audience for its finale and generated 130 million votes, while the 15th run in Italy has so far averaged four million viewers, up 15% year on year. In India, we make up to six regional series every year.

Naturally, there is particular interest in what happens in the UK, where Big Brother has been on continuously since its debut in 2000. There are two more seasons to go this year and we are working to agree a price with Channel 5 for the next deal. I’m optimistic we’ll get there, though we all want to ring some changes too. There aren’t too many shows capable of delivering the volume of 16-34s to a channel night after night and which connect so seamlessly with a second screen. In my role, I’d be remiss not to be chewing on all options.

Across the globe, Big Brother feels poised to take advantage of the new wave of technology we witnessed at our Rome workshop. Everything can now be miniaturised, from robot cameras to the mixing desk. Microphones and lenses can be trained with voice and facial recognition using artificial intelligence to follow particular housemates. AI meets BB. For the first time, the show can also be remote-edited from new locations around the globe, freeing up teams and resources and helping us re-imagine the Big Brother house itself.

It’s not just behind the scenes. Tech advances are opening up exciting on-screen opportunities. This might be through apps to allow viewers to follow specific housemates or choose which stories they want to watch on mobile phones. Big Brother is also learning from our recent hugely successful Operacion Triunfo season on TF1 and YouTube in Spain, a stunning partnership across multi-platform, digital, linear and mobile. Thinking cross-platform and thinking 360º, Operacion Triunfo delivered a 50% uplift in young audiences for the finale on the public service broadcaster.

Additionally, we are starting to get excited about wearable technology that could let viewers enjoy a housemate’s view of the action or monitor biometric data such as a heartbeat or an always-on lie detector.

We can’t just sit still, 20 years young or not. In a truly global broadcasting environment it’s not just the show itself we should re-imagine but also how it’s delivered. Alongside traditional networks, we now know the FAANGs (Facebook, Amazon, Apple, Netflix and Google) understand and embrace the power of brands such as Big Brother. You only have to look at the success of Queer Eye on Netflix or Amazon’s Grand Tour to see how a known entity re-imagined can find a new global audience via OTT.

Big Brother hasn’t just been resilient to changes in tech and the TV landscape, it has thrived on them and we’re incredibly excited about the future. Who knows what the world will look like in 20 years? But one thing feels sure: Big Brother will be watching.