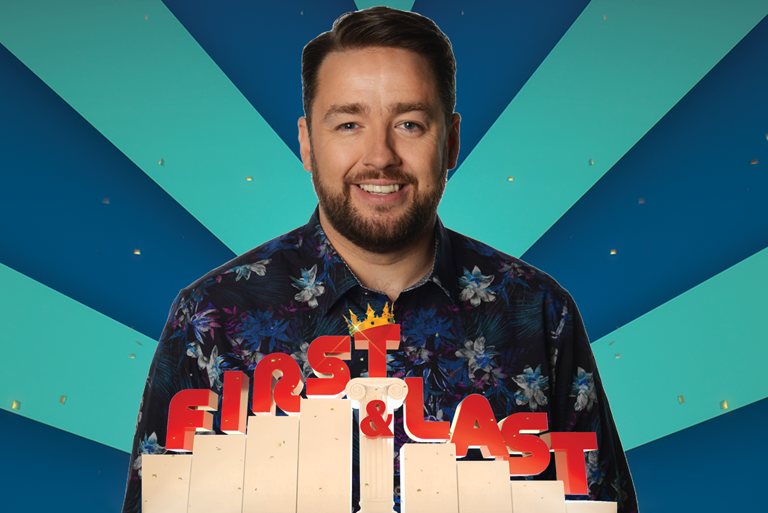 Jason Manford is to front a brand-new, primetime comedy gameshow for BBC One with one very simple rule: don’t come first or last.

First and Last, which is being produced by Zeppotron (part of Endemol Shine UK), is a brand new six-part series that will put contestants through a succession of ingenious rounds, all of which have one golden rule – players mustn’t come first or last in any game. If they do, they will be eliminated.

Eleven players start each show and compete across a range of downright daft, stupidly funny, play-along-at-home games that will see one of them leave with a cash prize of up to £10,000. To win, they’ll need to judge every round to perfection and hold their nerve in the nail-biting endgame.

“First and Last is a beautifully simple premise around which to build all sorts of studio silliness and gameshow tension, and we’re delighted to have Jason at the heart of the show.”

“I’m so excited to be presenting this brand new show, First & Last, for BBC One. As I get older I try not to be involved in any show that I 100% wouldn’t watch myself, and this to me is classic early Saturday evening telly. It’s fun and light-hearted with great characters and silly games. I always think when the world feels a bit hard and tough, you want to be able to flick the telly on and block all of that stuff out by having a good laugh!”

Kate Phillips, Controller of Entertainment Commissioning at the BBC, says:

“With one very simple rule at its heart this show is simply great and in Jason we have a great host.”

First and Last is a 6×45’ for BBC One. It was commissioned by Charlotte Moore, BBC Director of Content, and Kate Phillips, Controller of Entertainment Commissioning. The Executive Producers for Zeppotron are Peter Holmes, Ruth Phillips and Karen Murdoch. Keith Cotton is series producer. The Commissioning Editor for the BBC is Pinki Chambers.

Apply here to appear on First and Last: www.zeppotron.com/firstandlast

Broadcast information will be announced in due course. First and Last will be distributed by Endemol Shine International.