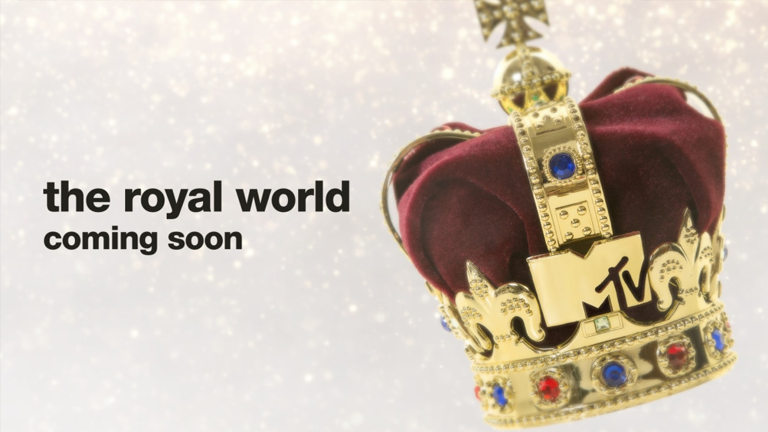 MTV International today announced a new ‘royality’ TV series The Royal World, an original format that invites viewers inside the exclusive, unfiltered lives of young royals and aristocrats from around the globe as their worlds collide in a British countryside mansion. With six hour-long episodes, the new series is slated to premiere later this year in nearly 180 countries outside of the US.

The series will have inside access to the cast’s lavish family homes and elite circles and will explore the lives of the pedigreed and privileged, including the ups and downs of life as twenty-somethings finding their way in the world. The cast, which will be announced at a later date, includes aristocrats with lineage rooted in the United Kingdom, Russia, Austria, Nigeria, Ireland and more – in addition to a “royally connected” American. As MTV cameras roll, audiences will get to know the real people behind the titles, and see what happens when these nine strangers stop being polite, and start getting real royal…

“MTV has a deep-rooted history of shining a light on original characters and unique subcultures. The Royal World brings this to a whole new level,” said Kerry Taylor, EVP Youth & Music and co-head of MTV International. “From shores around the globe to royal mansions, we celebrate great stories everywhere they are. I can’t wait for the world to meet our new ‘royal family.’”

“Meghan falling for Prince Harry, marrying into the Royal Family, and her blossoming friendship with the Queen has captivated the nation. Our intrigue and obsession with all things regal has well and truly been reignited. The Royal World’s veritable melting pot of global aristocrats will show us what it really means to be young and royal.” commented Craig Orr, VP Commissioning and Development, MTV International.

Katy Manley, Creative Director, Initial, said: “The Royal World is a brilliantly entertaining show that invites you into a world which is utterly closed to most of us – the world of young, titled royals and aristocrats. Expect headline grabbing gossip that’ll leave palaces squirming as we get to know the real people behind the titles. This is a great example of the kind of young skewing, entertaining and insightful formats Cat Lynch and I have been developing since we took the helm at Initial so we are delighted to be working with MTV on it.”

The Royal World is the fifth MTV International original commission coming out of the UK this year, arriving hot on the heels of Beach Body SOS, The Charlotte Show, Million Dollar Baby and True Love or True Lies?.

Catch the official coronation later this year when The Royal World premieres on MTV’s international network of channels and digital platforms.