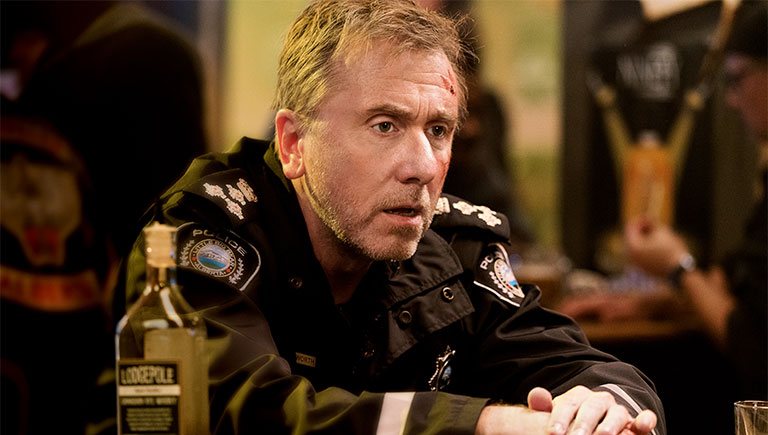 A second series of brand-new Sky Original Production Tin Star, starring BAFTA award-winning Tim Roth and produced by Kudos (Broadchurch, Humans and The Tunnel: Sabotage), has been confirmed ahead of the thrilling revenge drama starting this Thursday on Sky Atlantic and NOW TV.

Viewers who tune in later this week won’t have to wait to find out how the story unfolds, with all 10 episodes of Tin Star available from 7 September. They can now enjoy the series knowing they will get to return to the remote town of Little Big Bear in the Canadian Rockies.

Tin Star has been described as “a cross between Twin Peaks and Breaking Bad” by Sunday Times Culture, “a tale of corruption, murder, grief and all-consuming revenge” by Red magazine and an “epic new TV drama” by Empire. The series, penned by BAFTA award-winning writer and director Rowan Joffe (28 Weeks Later, The American), follows British police chief Jim Worth (Tim Roth) and his family as they desperately try to escape a past that unleashed an act of vicious revenge.

The first series of Tin Star explores just how far someone will go to protect the ones they love, and series two will continue the thrilling, emotional and sometimes darkly comic story of a man split in two by his past and present.

Anne Mensah, head of drama, Sky, said: “When Tin Star launches this week, Sky Atlantic viewers will not only experience a hugely powerful tale of revenge with captivating, uncompromising characters, but will be left in no doubt as to why a second series was an absolute must. Our huge thanks to Rowan, Tim, Alison, Diederick and the whole cast and crew for this outstanding series. We can’t wait to make series two!”

Kudos CEO and executive producer Diederick Santer said: “Tin Star features world class acting and production talent working at the top of their game and to be re-commissioned by Sky Atlantic before season 1 has even aired is such a wonderful vote of confidence in the team.”

Tin Star creator Rowan Joffe and executive producer Alison Jackson said: “Rowan and I are thrilled to have another opportunity to delve deeper into the world we have all started to create – there is so much more to reveal about our fantastically complex array of characters.”

Tin Star is produced by Kudos, the makers of Broadchurch and Humans. Executive producers are Alison Jackson and Diederick Santer and both series of Tin Star are commissioned for Sky by head of drama, Anne Mensah and director of programmes for Sky entertainment UK & Ireland Zai Bennett. Both series of Tin Star are internationally distributed by Endemol Shine International and Sky Vision.

All 10 episodes of the first series of Tin Star will be available only on Sky Atlantic and TV streaming service NOW TV in the UK and Ireland from Thursday 7 September. The trailer for Tin Star is available here: https://www.youtube.com/watch?v=HvLEPasOuZ4