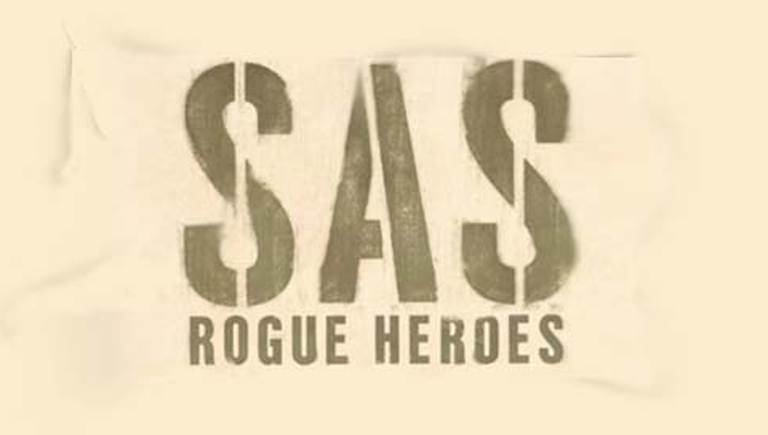 BBC One announces the commission of a major new drama series based on Ben Macintyre’s best-selling book SAS: Rogue Heroes which tells the incredible story of how the world’s most renowned and ruthless Special Forces unit, the SAS, came to exist. The series will be adapted by acclaimed screenwriter Steven Knight (Peaky Blinders, Taboo, A Christmas Carol) and produced by Kudos (part of Endemol Shine UK) whose credits include Broadchurch (ITV), The Tunnel (Sky Atlantic) and Humans (C4).

Steven Knight will bring to the screen Macintyre’s extraordinary book, written with unique and privileged access to the secret SAS archives, and bring to life this definitive account of SAS history. It will tell the story behind the revolutionary thinking which led to the creation of a new form of combat and warfare in the deserts of North Africa. Celebrating the glory, action and camaraderie at the heart of this story, the series will delve into the psychology of the flawed, reckless but astonishingly brave group of maverick officers and men who formed the SAS in the darkest days of WW2.

Steven Knight, said, “This will be a secret history telling the story of exceptional soldiers who decided battles and won wars only to then disappear back into the shadows. We will shine a light on remarkable true events informed by the people who shaped them.”

Piers Wenger, Controller of BBC Drama said, “It is an honour to be working once again with the great Steve Knight. SAS: Rogue Heroes will lift the lid on the origins of one of Britain’s most iconic institutions and explore the characters, courage and flaws of the men involved with all of the honesty and swagger we have come to expect from Steve.”

Karen Wilson, joint Managing Director for Kudos, said, “The fact that this project has moved so swiftly from development to commission is testament to the power of this story and Steven’s unique ability to draw the extraordinary, complex men at its heart. Imagine them being drawn with the same colour, character and compassion as the iconic characters which feature across Steven’s work and you get a sense of the huge potential of this project.”

Martin Haines, joint Managing Director for Kudos, said, “We are thrilled to be working with Steven on this epic project for the BBC. It’s a remarkable story which in Steven’s hands has boundless scope and is an indication of Kudos’s strategy to bring premium returning drama to our screens.”

SAS: Rogue Heroes (6×60’) was commissioned by Piers Wenger, Controller of BBC Drama and Charlotte Moore, Director of BBC Content. It will be executive produced by Karen Wilson, Martin Haines and Emma Kingsman-Lloyd for Kudos and Tommy Bulfin for BBC One.

Casting will be announced in due course.