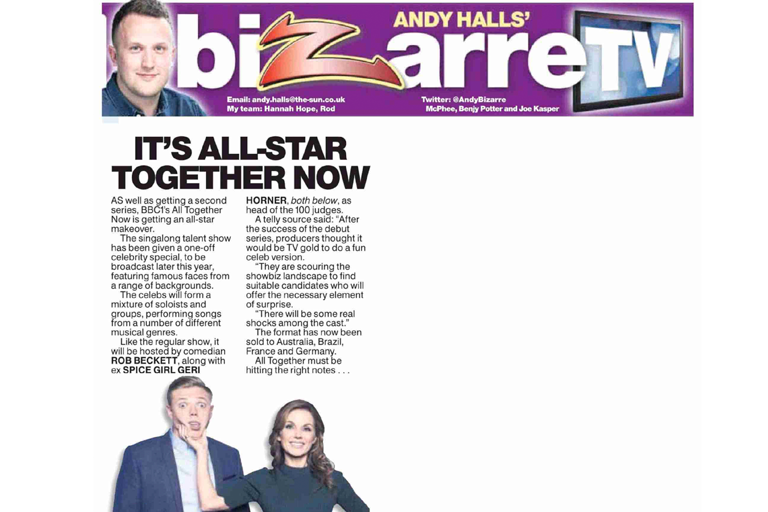 Remarkable Television hits all the right notes with its one-off celebrity special of hit entertainment format All Together Now.

Famous faces from a range of backgrounds will be on a mission to wow The 100 strong judging panel with performances so compelling they just have to join in. The more of The 100 that stand up and sing along, the higher the score and the closer they are to being crowned winner.

The celebrities will form a mixture of soloists and groups, performing songs from a range of musical genres. Although not known for it, the one thing they all have in common is that they can sing…or at least think they can.

Hosted by comedian Rob Beckett, and with Geri Horner as Head of The 100, All Together Now Celebrities will air later in the year. A second series of All Together Now has also been commissioned which will be on air in early 2019.