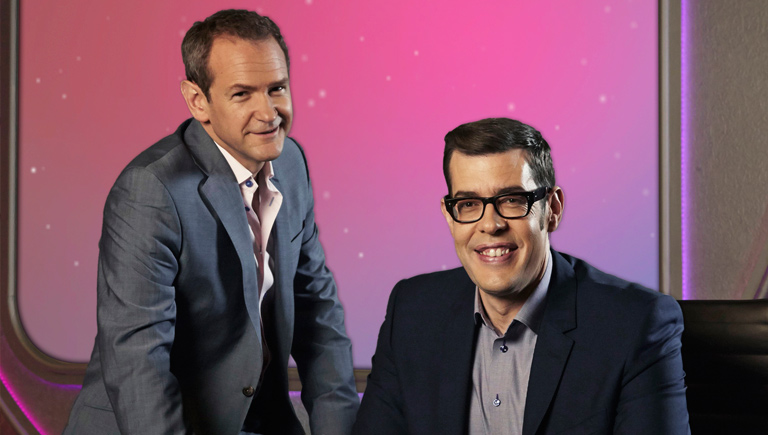 The BBC has commissioned a huge 204 episode order of smash-hit game shows Pointless and Pointless Celebrities from Remarkable Television.

Pointless host and co-host Alexander Armstrong and Richard Osman are to return to front 165 daytime and 39 primetime celebrity episodes of the much-loved early evening series, taking the show up to its ten year anniversary in 2019.

The order comes as a brand new run of Pointless on launches this afternoon at 5:15pm on BBC One.

Since its launch in 2009, Pointless has become a runaway success and is the highest-rated quiz show across all channels in the past 12 months.

Alexander Armstrong said ‘I cannot tell you how much I adore hosting Pointless and I’m thrilled that the BBC commissioned us to produce over 200 more episodes. I cannot wait to meet a whole host of Pointless contenders and of course, be reunited with Richard who I’ve genuinely missed. But don’t tell him that. ’

Richard Osman adds ‘It is such a treat to be back behind my laptop to deliver a whole host of brand new Pointless facts and figures for our fantastic viewers. I’m especially delighted to be heading back to where it all began for Xander and I at our original BBC TV Centre studio home.’

Tamara Gilder, Executive Producer for Remarkable Television, said “We couldn’t be prouder of Pointless and are incredibly grateful for our brilliant viewers continued loyalty and support. Our amazing team are already working away on thousands more ingenious questions, finding lots more Pointless pairs ready to play and creating all sorts of treats for Pointless Celebrities on Saturday nights.”

Alex McLeod, Commissioning Editor, Daytime & Early-Peak, said: “We couldn’t be more delighted to be back in the studio with the Pointless team. It takes a lot of hard work to make over a 1000 shows packed with facts that feel so effortlessly Pointless but this is what Xander, Rich and the team manage to do and long may it continue.”

Internationally Pointless has been adapted for broadcasters in eleven other territories including Germany, France, Switzerland, the Netherlands and across Central and Eastern Europe. It has also won a prestigious RTS and Rose D’Or Award.

Pointless is produced by Remarkable Television, part of Endemol Shine Group. The Executive Producers are Tamara Gilder and Richard Hague at Remarkable Television. The Series Editor is John Ryan. The series has been commissioned by Dan McGolpin, Controller of Programming & Daytime and Commissioning Editor, Daytime & Early-Peak, Alex McLeod.