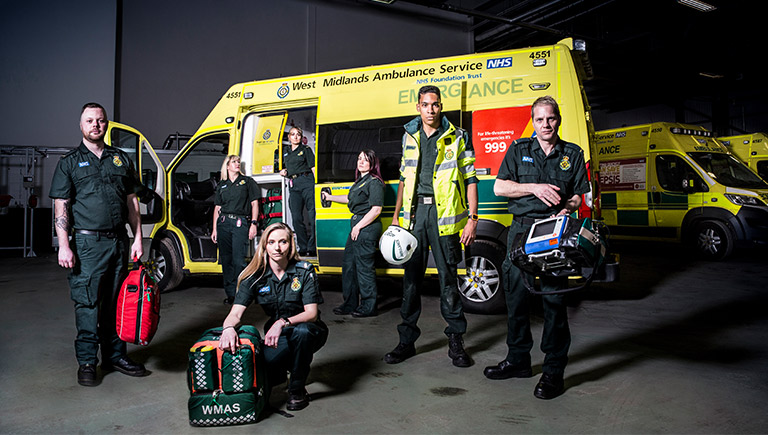 BBC One and Dragonfly Film and Television, part of Endemol Shine UK, have today announced that a fifth series of the BAFTA award-winning observational documentary Ambulance has been commissioned.

Renowned for its unflinching but humane insight into the frontline of emergency health care in the U.K, Ambulance is expanding its coverage across the North West, featuring the work of paramedics in Liverpool and across the whole of Merseyside, a whole new set of faces will feature in this latest instalment (12×60’).

With unprecedented access to the crews, and the decision takers in the control centre the new series will also keep audiences up-to-date with the North West Ambulance Service’s work across Greater Manchester, as winter throws everything it has got at the service, pushing it to its limit.

Cameras will remain into spring, as the brand new teams in Merseyside face the complexities of making the life or death decisions that come with providing emergency medical care in their area.

Beejal-Maya Patel, BBC Documentaries Commissioning Executive said: “I’m really excited that Ambulance will be returning to BBC One for a fifth series, this time filmed in the North West, where during a crucial time for the emergency services the programme’s dramatic 360 storytelling will reveal the pressures they are under as well as explore the bigger picture of the challenges facing society.”

Richard Bond, Creative Director of Dragonfly said: “With the NHS facing unprecedented demands, this new series could not be more timely, and we’re privileged that NWAS have allowed our cameras back in to capture their extraordinary work on the frontline of the winter crisis.”

The executive producers for Dragonfly will be Tom Currie and Simon Ford. It was commissioned by Charlotte Moore, Director, BBC Content and Clare Sillery, Head of Commissioning, Documentaries. The BBC Commissioning Executive is Beejal Patel.