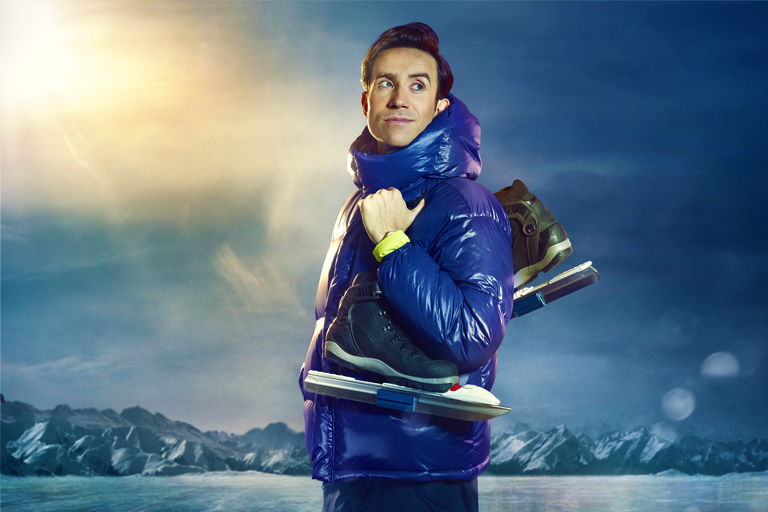 BBC One has commissioned Shine TV (part of Endemol Shine) to produce an ambitious 1 x 60 minute documentary, to be broadcast as part of this year’s Sport Relief programming, which charts the progress of a group of intrepid celebrities as they take to the ice to cross Mongolia’s frozen Lake Khovsgol.

In a world first, the celebrities will take on a sub-zero four-day challenge of a lifetime, taking place over 4,000 miles from home towards the end of February. Only a handful of people have ever crossed Lake Khovsgol, which is nearly 100 miles long, but no one has ever tried to do so using three disciplines – skating, cycling and on foot.

The challenge aims to break the ice on the silence and stigma surrounding mental health issues, a cause close to the hearts of the team of celebrities, so more people can access the support they need. Their heroic efforts will be filmed for a one-hour documentary to be shown on BBC One in the run up to Sport Relief which is back on Friday 13 March. More names will be revealed over the course of today and the rest of the week.

Charlotte Moore, Director, BBC Content says:
“Big thanks to the celebrities who are giving up their time to take part in what promises to be an exciting and gruelling challenge in Mongolia, following in the footsteps of previous challenges for Sport Relief on BBC One to raise money for such deserving causes.”

“This is an epic challenge not only for our celebrities taking part, but also the production team – who will be filming, editing and delivering a finished show in just two weeks. It’s an extremely quick turnaround – but with amazingly skilled and experienced teams to capture every moment, it is going to be a brilliant hour of television.”

“I’m absolutely thrilled – and soon to be chilled – to be leading our insulated crew out to the beautiful yet utterly freezing Lake Khovsgol shores for this year’s Sport Relief challenge. We’re very excited to be working alongside Comic Relief again in the hope of raising millions for good causes around the world. Like the celebs, this will probably be one of the hardest shoots we’ve ever had to do. The ultra-low temperatures pose a real challenge to everyone involved. But we’re ready.”

Sport Relief: On Thin Ice (1×60’) is due to be broadcast on BBC One in March. It was commissioned by Charlotte Moore, Director, BBC Content and Michael Jochnowitz, Commissioning Editor, Factual Entertainment and Popular Factual.