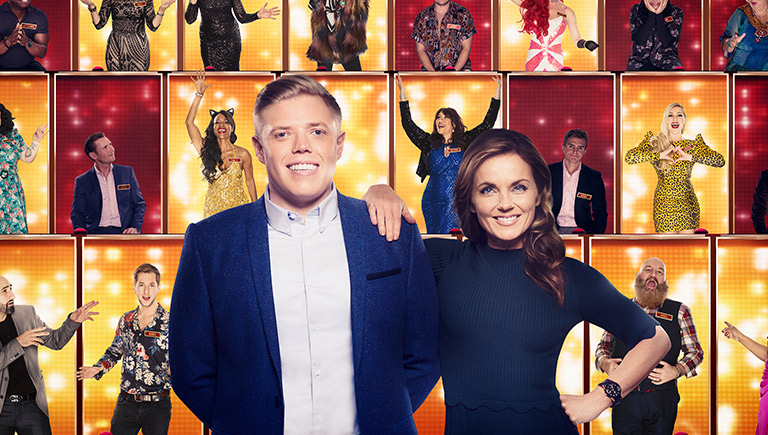 BBC One Commissions All Together Now Celebrities

BBC One today announced the commission of a one-off celebrity special of its hit entertainment format All Together Now from Remarkable Television.

Famous faces from a range of backgrounds will be on a mission to wow television’s largest judging panel, The 100, with performances so compelling they just have to join in. The more of The 100 that stand up and sing along, the higher the score and the closer they are to being crowned winner.

The celebrities will form a mixture of soloists and groups, performing songs from a range of musical genres. Although not known for it, the one thing they all have in common is that they can sing…or at least think they can.

But The 100, all selected for their impressive and diverse vocal abilities, will be the judge of that. And, as we saw in the first series, they’re a tough crowd who don’t hold back on giving their honest opinions.

Hosted by comedian Rob Beckett, and with Geri Horner as Head of The 100, All Together Now Celebrities will air later in the year. A second series of All Together Now has also been commissioned which will be on air in early 2019.

Kate Phillips, Controller Entertainment Commissioning at the BBC says: “Previously on BBC One we’ve seen celebrities enter the ballroom, the boardroom, the kitchen and take their place in the formidable big black chair. But All Together Now may well present them with their toughest challenge yet as they attempt to hit the right notes and get The 100 on their feet. It’s going to be an unforgettable singalong.”

James Fox, Managing Director of Remarkable Television says: “They say that everyone’s got one great performance in them. We can’t wait to find out how true that is as a whole host of famous faces take on The 100. With unique collaborations, unexpected performances and some truly surprising song choices, it’s going to be a feel-good, laugh-out-loud show that will get everybody joining in.”

The executive producers for Remarkable, part of the Endemol Shine group, are James Fox, Dom Waugh and Andrew Cartmell. The series editor is Marc Bassett.

Following its successful debut on BBC One, All Together Now has sold to Australia, Brazil, France and Germany with other deals in the pipeline to be announced soon.

The production team are currently casting for the second series of All Together Now, searching for great performers and additions to The 100. Visit www.AllTogetherNowApplications.tv for more information on how to apply.