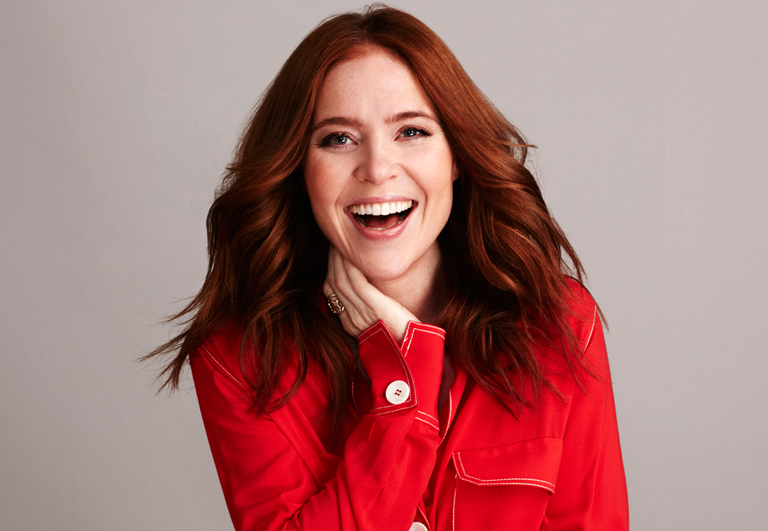 Each episode will feature two couples who disagree about the best design solutions for their homes. Architects Laura Clark and Robert Jamison will be given the couple’s conflicting briefs to produce one spectacular design each, offering radically different proposals. Working to the homeowner’s budget, they will be tasked with things such as making a two-bedroom house functional for a family of five and relocating a bathroom upstairs.

The homeowners will then be able to ‘step into’ and explore Robert and Laura’s designs using state-of-the-art VR technology. Through the use of photo-real visual effects, entire structures including walls and ceilings will transform before their eyes and incredible conversions will materialise – providing the ultimate experience of how their reimagined homes could look. After that comes the big decision. As Laura and Robert vie to land the winning design, the couples have to choose which plans to take on and build themselves.

Broadcaster Angela Scanlon, said: “Watch This Space will ingeniously use virtual reality, so couples can try out new designs without lifting a rusty hammer or spending a single penny! I’ve lost weeks of my life trawling property websites and lingering too long outside the shiny windows of estate agents, so I am absolutely delighted to be involved in this ground-breaking series and to see technology being used in this way for the first time on a British property show. It’s all about improving rather than moving right now and helping homeowners create their dream homes is just magic!”

Kitty Walshe, joint Managing Director of Remarkable Television, speaking on the commission, said: “We are really excited about this original property format which is no average home build show. We are taking ordinary homes and offering extraordinary transformations based on the homeowners own budgets and we are using technology in a way that has never been seen on British television before. We have brilliant on-screen experts in architects Robert Jamison and Laura Clark, who we are delighted to be bringing to BBC Two and we are also looking forward to working with Angela Scanlon.”

Patrick Holland, Controller, BBC Two, said: “This is a really exciting combination of game changing technology and a terrific makeover show. It promises to be the next great property series on BBC TWO.”

Watch This Space was commissioned by Patrick Holland, Channel Editor, BBC Two and David Brindley, Head of Commissioning for BBC Popular Factual and Factual Entertainment. The Commissioning Editor for the BBC is Michael Jochnowitz. It is executive produced by Joff Wilson for Remarkable Television.