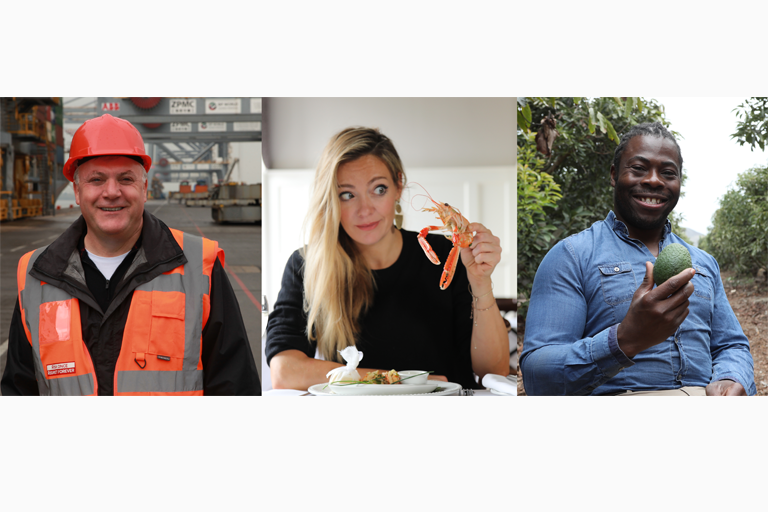 BBC Two has commissioned a new three-part Specialist Factual series that explores the hectic world of Britain’s imports and exports. As our trading relationships face their biggest change in decades, What Britain Buys and Sells in a Day will explore how much we really know about the science and systems that enable Britain to import and export goods around the world on an unprecedented scale.

The series, produced by DSP (part of EndemolShine UK) investigates how some of the UK’s favourite products are made and moved to and from our islands, whether its avocados being shipped in from Peru or salmon caught in the Scottish Highlands being flown around the world.

Despite our relatively small size, Britain is the sixth largest trading nation globally. And while many of us are still asleep, our trading clock has started ticking – and this is the story of everything that will happen in the day ahead.

In 24 hours, £2.4 billion worth of goods cross Britain’s borders. The statistics are fascinating. An amazing 4,800 cars and 6,500 engines are exported worldwide; the majority of fish caught in the UK is exported, but most of fish eaten in the UK is imported, and on average a staggering £18 million worth of fresh fruit and veg is imported each day.

In the series, presenters Ed Balls, Ade Adepitan and Cherry Healey will take viewers behind the scenes of some of Britain’s busiest cargo hubs, including Heathrow Airport and the Port of Southampton, and onto factory floors, fisheries and plantations across the world to understand how our favourite products are made and moved. At a crucial time in our history, this is the incredible story behind what Britain buys and sells in a day.

“The show is a real celebration of British ingenuity and gives a revealing insight into just how interdependent and interconnected the world is. Each episode will reveal the fascinating stories behind how our favourite goods are made, traded and transported to where they need to go – 24 hours per day, 365 days a year.”

“I’ve always taken for granted what we as a nation buy and sell to the rest of the world. Working on this series has opened my eyes to just how fast paced fascinating and essential trade is. Each episode follows the journeys of some of our most loved goods that constantly flow in and out of Britain every day twenty four seven. The show provides a surprising insight into what we eat, drink, drive and perhaps who we are as a nation!”

“Who would have thought we export potatoes to Ireland. Or that a lot of the prawns we eat when we’re in Spain come from the UK. Or that most of the fish we export flies in the belly of passenger planes right next to our suitcase. This series is full of fascinating facts about how Britain keeps at the top of its game when it comes to trade.”

“There’s been a revolution in manufacturing and logistics in recent years. What used to take a month to make and deliver now takes a day. And the processes that enable this are ingenious. This fascinating new Specialist Factual series shines a light on the mysterious armies of people who keep Britain fed, clothed and on the move.”

What Britain Buys And Sells In A Day, a 3 x 60’ series for BBC Two, is produced by DSP. It was commissioned by Patrick Holland, Controller BBC Two and Tom McDonald, Head of Commissioning, Specialist Factual and Natural History. The Executive Producers for DSP are Diene Petterle and Donna Clark and the BBC Commissioning Editor is Jack Bootle.