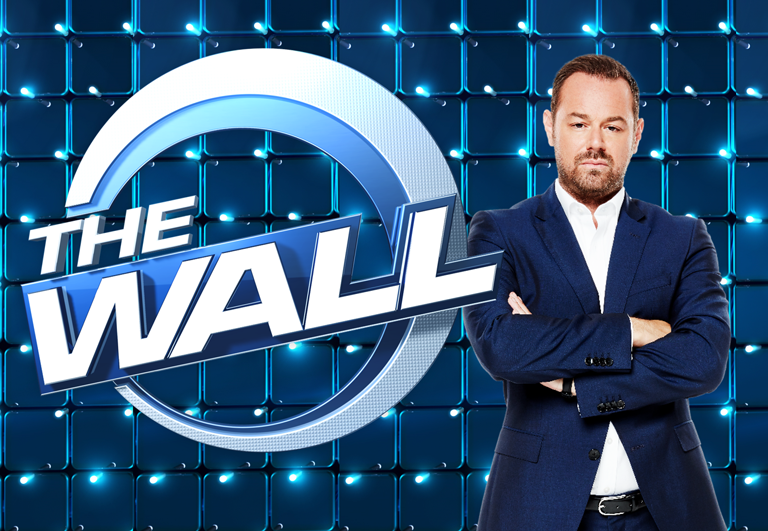 Hosted by EastEnders star Danny Dyer, The Wall (6×45′) is the ultimate combination of strategy, knowledge and luck and will see the questions voiced by TV legend, Angela Rippon.

Wildly unpredictable with heart stopping jeopardy, The Wall gives and The Wall takes away. Expect colossal wins and heart-breaking losses, this new game show really can change people’s lives in an instant. In this game, pairs need the right answers, the right bounces and cast-iron trust in one another to win a life-changing cash prize.

The Wall, an original format created by SpringHill Entertainment and Andrew Glassman’s Glassman Media in collaboration with Universal Television Alternative Studio, was first shown in America on NBC in 2016. The most travelled format of 2017 and 2018, The Wall is an international hit and has sold to 24 territories around the globe.

Danny Dyer says: “I’d never had a desire to host a gameshow before I saw this game. I couldn’t turn down the opportunity to help win the public some serious life-changing readies. I love it.”

Kate Phillips, Controller of Entertainment Commissioning at BBC, says: “The Wall is an exciting, challenging and tense quiz where destinies dramatically change with the drop of a single ball. Danny is an unforgettable and very unique host as he commands The Wall, roots for the contestants and hits our hearts and our funny bones.”

Richard Hague, Creative Director at Remarkable Television, says: “This show is epic not just in scale, but in the drama that unfolds throughout the game. Having Danny at the helm means we’re in for a memorable, compelling and entertaining watch.”

Think you’ve got what it takes to beat The Wall? To be in with a chance of winning a life changing amount of money you can apply to take part by visiting www.bbc.co.uk/thewall

Due to launch on BBC One later this year, The Wall has been commissioned by Charlotte Moore, Director BBC Content and Kate Phillips, Controller, Entertainment. The Commissioning Editor for the BBC is Rachel Ashdown. The Executive Producer for Remarkable is Richard Hague. The Series Producer is Stephen Lovelock.