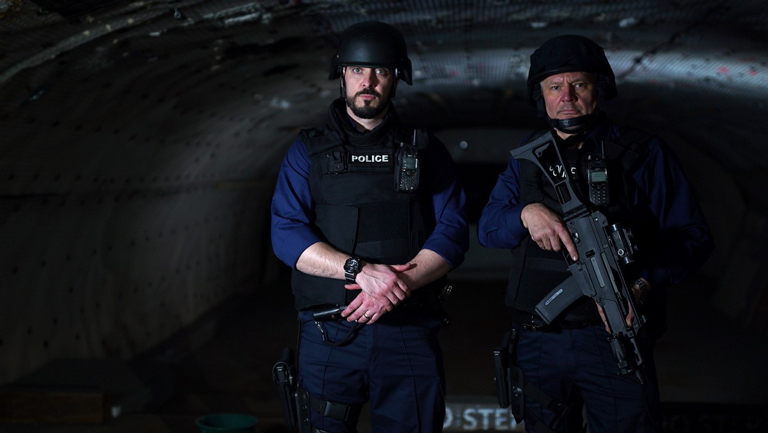 Armed Response is a 4 x 60’ series that tells the story of what it means to be an armed officer in modern day Britain amid the ongoing threat of terror, gang-related and other potentially life-threatening attacks they face on a daily basis.

Blending body-worn camera footage with archive and first person testimony from some of Britain’s most experienced armed officers and elite response teams, the series will lift the lid on what it is really like to fire a deadly weapon.

Brand new 10×60’, Murdertown is a true crime series that puts the murder location, rather than the corpse, centre stage. Hosted by Happy Valley actress Katherine Kelly, each episode focuses on one murder in one UK city, setting the crime in the context of its location’s wider cultural and criminal landscape.

Hearing from family members, police officers, witnesses and reporters, Murdertown shines a light on some of Britain’s darkest murder locations, examining the crimes which rocked these communities and the impact it had on the people living there.

The commissions follow the success of Endemol Shine North’s recent crime series, Written in Blood for CBS Reality, which across the series rated +107% above the broadcaster’s primetime average.

Murdertown is executive produced by Rick Murray and series produced by Darrell Brown. Koulla Anastasi is the Commissioning Editor, Crime and Investigation.