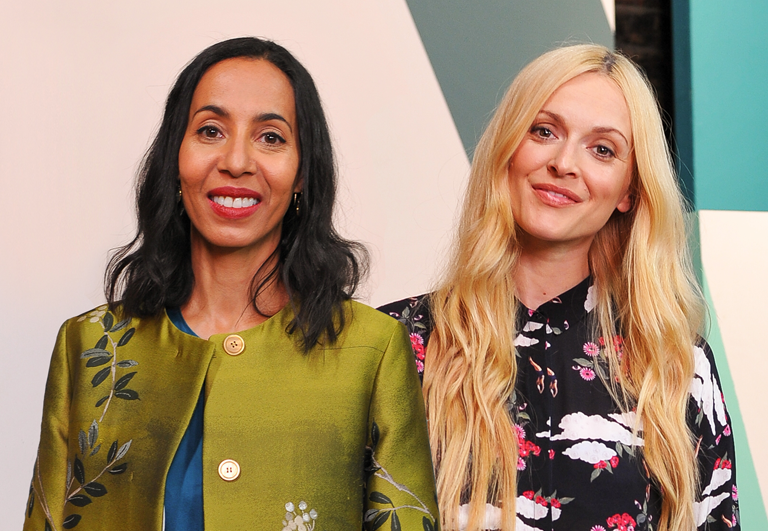 Leading authority on design, trends and interiors, Michelle Ogundehin to be series judge

The eight-part series commissioned by BBC Two and Netflix will see ten fledgling designers tackle design challenges and compete to win a life-changing design contract with a prestigious commercial client.

TV and Radio presenter Fearne Cotton said: “I’m thrilled to be part of this new show. With such a love of interiors, art and design this show couldn’t be any more up my street. The designers on the show are so talented, so it’s going to be really creatively inspiring with loads of wow moments.”

Over eight episodes, a different guest judge will share their expertise to help Michelle Ogundehin evaluate which team of budding designers has achieved the best design and who will be leaving the competition that week.

The teams of blossoming designers will be confronted with a new space to transform each week as they attempt to impress the judges, from redesigning hair dressers to holiday chalets to hotel bedrooms.

Working to tight deadlines, the teams are put to the test throughout the competition as they are judged on their creative skill as designers, as well as their ability to manage a project from the initial planning to execution. The designers will need to work together each week, to enable them to remain in the competition and have a chance of scooping the prize.

Series judge and internationally renowned editor Michelle Ogundehin said:
“It’s so exciting to be part of a show that truly celebrates the art and craft of what it really takes to be a great interior designer. Plus there’s jeopardy, intrigue and even some tears too!”

Retail champion and ‘queen of shops’ Mary Portas, will share her skills and knowledge on stunning shop design. Mary said: “What a joy working with Michelle in Project Interiors as a specialist guest judge, retail is going through such a cultural shift it was a real pleasure to see these bright and incredibly creative designers create tomorrow’s shops in this exciting competition”

Designer Jade Jagger, who has created famous hotel interiors across the world, will provide designer know-how on transforming hotel rooms. Jade said: “It was great fun to work on Project Interiors with such a great team. It is always impressive to see what the next generations are doing and I am really proud to be a part of that process. I am looking forward to seeing it on the TV”

Fashion, lifestyle and interior designer Matthew Williamson will share his expertise on creating sensational show homes, Matthew said: “I really enjoyed my time working on the BBC’s new show Project Interiors as I was able to focus on an area of design I’m particularly passionate about. I found the designers work to be of a really high standard and it was inspiring to see new and diverse talent emerging within this exciting design space.”

Commissioning Editor Catherine Catton for the BBC said “Project Interiors will see our designers striving to be at the top of their game and hoping to wow the judges. Each week the creative challenge gets tougher as they get closer to the coveted commercial contract.”

Netflix have acquired the global rights on Project Interiors after it has been aired on BBC Two in the UK.

The series was commissioned by Patrick Holland, Controller BBC Two and David Brindley Head of BBC Popular Factual Commissioning. Catherine Catton will be the Commissioning Editor for the BBC and Nat Grouille for Netflix.