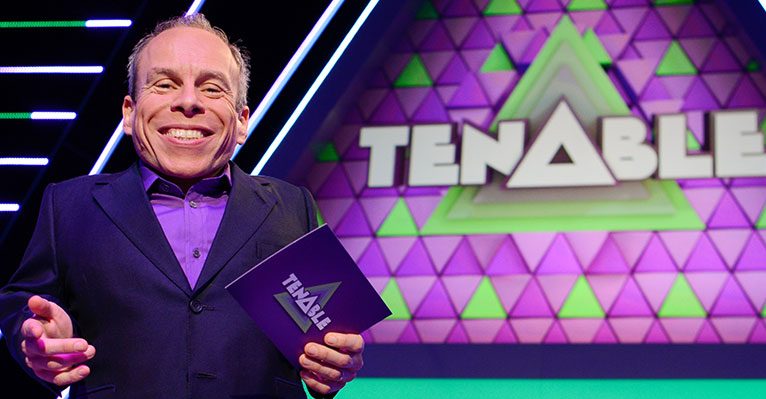 Initial today announce they have been commissioned by ITV to produce a new 60 episode run of popular game show Tenable.

Presented by Warwick Davis, Tenable is an irresistible play along quiz that focuses on the nation’s love of ‘top ten’ lists.

Mirella Breda, Managing Director of Initial says; “Tenable is an instinctively play along game show and we are thrilled ITV have tripled the order for this second series. Warwick delivers warmth and humour to the show and truly brings the nation’s love of top ten lists to life”

In Tenable, over the course of each game, a team of five players step up to take on a top ten question which could be anything from the most populated European capital cities, to best-selling Madonna singles or the most common phobias.

Tenable is produced by Initial, part of Endemol Shine Group for ITV.

The Executive Producer is Richard Greenwood and the Series Producers are Sonal Patel and Sarah Timbury. It was commissioned by ITV Director of Daytime, Helen Warner and ITV Daytime Commissioning Editors, Clare Ely and Jane Beacon.