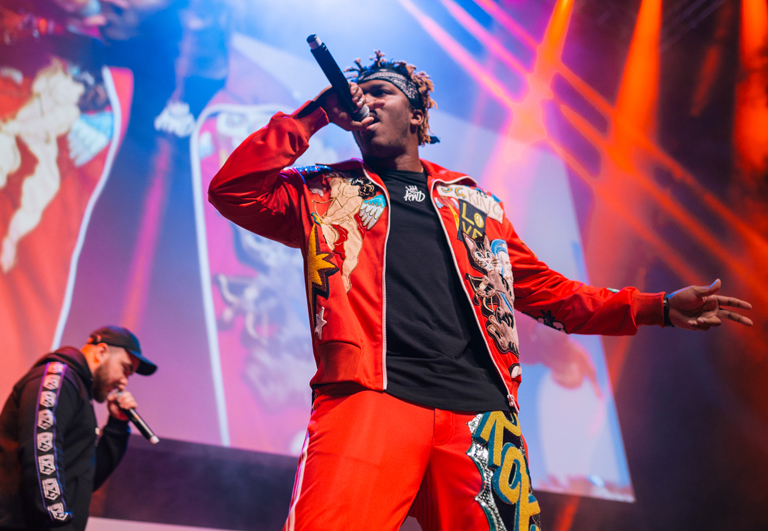 YouTube superstars KSI & Randolph today announced their ‘New Age Tour’ travelling the UK and Europe this summer, with tickets going on sale at 10am on Thursday 7th March. KSI & Randolph will be producing the tour with Cut and Mustard, the newly formed production label within global content creator and distributor Endemol Shine Group, in association with OP Talent Management.

The tour will feature performances from KSI & Randolph showcasing their new music with special guests at select locations. KSI & Randolph will also play past hits, including ‘Lamborghini’ which has seen over 100 million views on YouTube.

The two stars of YouTube have been making waves across the music scene since their initial collaboration in 2011. This will be their first tour together since 2015. They will be playing iconic venues such as the Electric Brixton and the O2 Institute Birmingham.

KSI is one of the biggest names on YouTube, he’s known for his vlogs, reaction videos, diss-tracks, challenge videos and most recently his music and boxing. His channel has over 20 million subscribers and over 4.7 billion views. KSI’s boxing match against Logan Paul was the most watched white-collar match in history, taking place in a sold-out Manchester Arena.

Randolph is a rap/music producer from the UK. He’s worked closely with KSI over the last few years, co-creating music. His channel has over 600k subscribers and 42 million views.

Fans of the KSI & Randolph should buy tickets now as this is sure to sell out.

Tom Greenwood Mears, MD of Cut and Mustard said: “We’re incredibly excited to be working on the tour with KSI and OP Talent. KSI is a YouTube legend with an enormous following. Both KSI & Randolph are fantastic performers and we can’t wait to tour them”