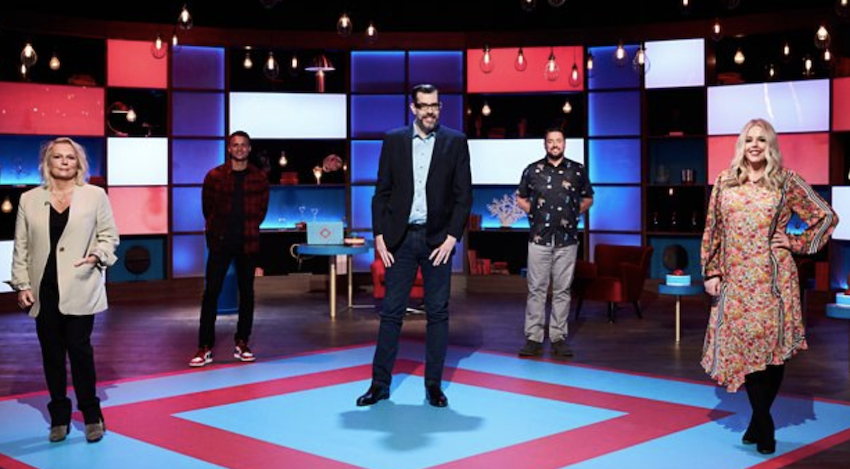 With Jennifer Saunders, Jermaine Jenas, Roisin Conaty and Jason Manford. The new series has been commissioned to air later this year, following a strong run of the popular BBC Two programme Richard Osman’s House Of Games, which airs at 6pm.

As with the BBC Two series, each week a group of four famous faces go toe to toe in testing their general knowledge skills in a variety of entertaining games. Jennifer Saunders, Jermaine Jenas, Roisin Conaty and Jason Manford will play in the BBC One primetime run, hoping to take home the coveted House of Games trophy.

The series includes all the favourite, funny games from the BBC Two series, with the addition of some new items for the prime time shows, including the appearance of a house band and some special guests. As ever, all of the games are rooted in general knowledge and can be played along at home by viewers.

“I’m very much looking forward to bringing the show to primetime on BBC One. We’ve got some great celebrity guests lined-up, and on top of our regular games we’ve also got a few new surprises in store.”

During lockdown the third series of Richard Osman’s House of Games on BBC Two saw its highest volume and share since 2018 with 1.8m viewers on 31st March and 11.5% share on 23rd April. New BBC Two episodes will air in the autumn.

“House of Games has gone from strength to strength on BBC Two, and so I’m delighted that we will be able to bring loyal fans an extra dose of funny quizzing for primetime on BBC One.”

“House of Games is a total joy to make, and we can’t wait to share these special episodes with a primetime audience. It has everything you love about the 6pm show with some extra quizzing silliness thrown in for good measure.”

Richard Osman’s House of Games Night is made by Remarkable, a Banijay Company.