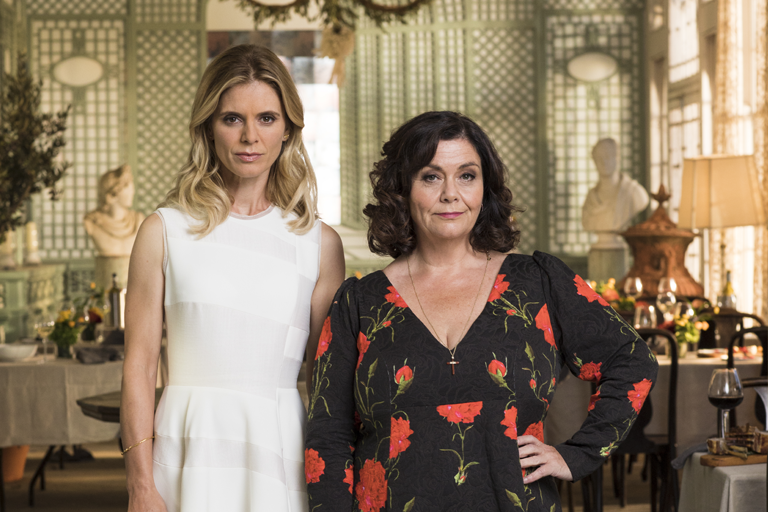 The hit Sky Original Production Delicious will return to Sky One and Now TV, following the successful premiere of the second series.

Delicious sees Dawn French play passionate cook Gina, who has inherited the Penrose hotel and restaurant together with the glamorous Sam (Emilia Fox), both former wives of the deceased head chef Leo Vincent (Iain Glen). The third series will again follow Dawn and Emilia’s characters as their strong resolve continues to be tested by the surprises their dynamic relationship, family and turbulent love lives throw at them.

Following on from the successful first series, the four part second series proved a hit with Sky customers and launched with a cumulative audience of 1.35million viewers – the biggest audience for a returning Sky Original drama on the channel for 5 years. The new series will see Dawn and Emilia return to picturesque Cornwall with filming on location starting later this year.

Delicious series one and two are available to view on demand on Sky and via streaming service NOW TV.