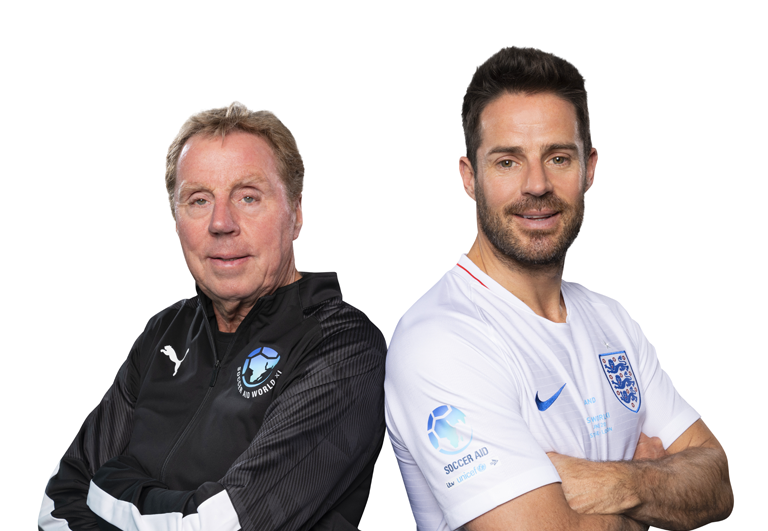 • Tickets for England v Soccer Aid World XI football match are on sale now at www.socceraid.org.uk/tickets/ Buy early to get tickets for a family of four to watch the match for just £60

Tuesday 26th March, London – Today, Unicef UK and ITV announce Soccer Aid for Unicef is back and better than ever before with the star-studded football match of super celebs and football legends, taking place at Chelsea FC’s Stamford Bridge in London on Sunday 16th June.

Leading the line-up for the Soccer Aid World XI is Chelsea FC legend Didier Drogba, who will be returning to Stamford Bridge for the first time since 2015. Drogba will be managed by I’m a Celebrity Get Me Out of Here winner Harry Redknapp who will be joined on the touchline by co-manager Good Morning Britain presenter Piers Morgan. Usain Bolt has confirmed his return to the Soccer Aid World XI team alongside Drogba.

Managing England will be ‘Big Sam’ Allardyce, looking to repeat his penalty-kick inspired triumph of 2018, and Susanna Reid, the first female manager of Soccer Aid for Unicef, who will be going head-to-head with her Good Morning Britain co-host Piers. Their team will consist of football legends and celebrities including Jamie Redknapp, Mark Wright, Ben Shephard and Joe Wicks.

A 60-second film featuring the game’s host Dermot O’Leary and pitch side reporter Kirsty Gallacher was released today featuring some of the nation’s favourite ITV television personalities, as well as the players confirmed so far.

The match will be broadcast live on ITV and STV on Sunday 16th June and the money raised will go towards Unicef’s vital work protecting children in danger around the world and will help every child grow up happy, healthy and safe to play. Soccer Aid for Unicef is produced by Initial, part of Endemol Shine UK, for ITV.

To mark the occasion, and to celebrate the importance of childhood play in all of our lives, Harry and Jamie have released a #ThenandNow picture of themselves.

“Even though we’re on opposite teams, it’s an honour to be able to play against my dad in Soccer Aid for Unicef this Father’s Day. Some of my best memories of my childhood are playing with my dad and being with him at the football, and it’s an incredible feeling to know we’re making more playtime possible for kids around the world by getting together for this special game.”

Soccer Aid for Unicef co-founder and Unicef UK Ambassador Robbie Williams has spoken of the importance of protecting all children’s right to play this Father’s Day.

“The ability to play is one of the most important things in any child’s life. It’s how they make friends, how they learn who they are and about the world around them, it’s so vital. I’ve seen first-hand the important work Unicef does around the world helping to make sure every child can have a happy, healthy and safe childhood, to be able to play like all children should. I dread to think what my children would be like without play, they’re so bright and happy and its absolutely everything to them. I hope everyone gets involved this summer with Soccer Aid for Unicef, we can all play our part to help kids around the world just be kids.”

“I’ve been so lucky to see some of the work made possible by Soccer Aid for Unicef, helping children in really tough situations be able to just be children again. The game is going to be incredible this year, we’ve got a massive line-up, we’re back in London for the first time in 10 years, sadly not at my beloved Arsenal (the Kings of London) and Drogba is playing, which has already brought back nightmares. Whoever you support, it’s going to be one hell of a night at Stamford Bridge, and the money we raise really will make a huge difference to kids everywhere. What better reason to get involved than that?”

Soccer Aid for Unicef is not only for the stars on match day. Unicef UK is calling on the nation to come out to play and help raise funds for children by taking part in The Great Big Kickabout between 14th to 16th June. For those at school, the Soccer Aid Playground Challenge on Friday 14th June will see pupils design and take part in obstacle courses, getting the whole school active whilst generating vital donations for Unicef’s work protecting children around the world.