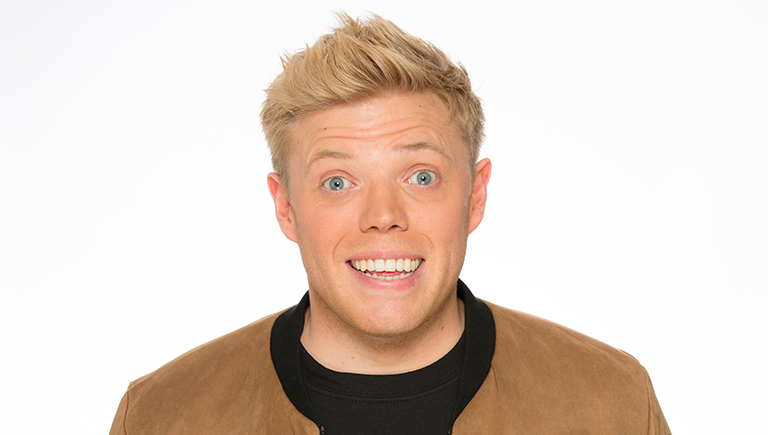 Zeppotron, part of Endemol Shine Group today announced that BBC ONE has commissioned them to make Static, a pilot written by and starring Rob Beckett.

Static is a sitcom all about twenty-something Rob (Rob Beckett) who jacks in a job in London to move back in with his parents in their southeast London family home, only to discover they’ve just sold the house and moved to a static caravan park in Margate.

Not only is Rob now jobless, but he’s now having to live on a sofabed in his parents’ caravan in a holiday park 80 miles from London whilst he figures out his next move.

It seems like a disaster to begin with, but his mum is delighted to have someone to cook for, and his dad’s figured out how to get thousands of football channels on the telly. Before long, Rob is getting used to being with mum and dad again, and through them he’s quickly drawn into the world of the park, not to mention the extraordinary characters within it.

The question is – how quickly can Rob get back on his feet and back to London? And, as time goes on – how much does he really want to?

Rob Beckett says “I always want to stretch myself as a writer and a performer and challenge myself to tackle different issues and genres. However, that’s really hard work. So what I’ve done is knock up a sitcom about a working class bloke from London called Rob who has to move back in with his parents who are coincidentally exactly the same as mine in real life. The only difference is their names which I’ve had to change in the show so my real parents don’t sue me for royalties.”

Executive producer and Head of Scripted Development at Zeppotron Rachel Ablett says “It has been a proper treat to help bring Static to life, right from the initial idea all the way through to this pilot. Rob and Shaun have created something very special indeed – a warm, working class and genuinely funny multi-generational comedy that’s brimming with characters you want to spend more time with. Honestly, by the end of this you’ll be thinking of buying a static caravan yourself.”

Static is written by comedian and 8 Out Of 10 Cats captain Rob Beckett, and Shaun Pye, the writer behind The Rack Pack, A Young Doctor’s Notebook and The Increasingly Poor Decisions of Todd Margaret.

It is produced by Zeppotron (8 out of 10 Cats, The Rack Pack, Would I Lie To You?), part of Endemol Shine Group. John Pocock will produce, and Ed Bye will direct. Rachel Ablett, Peter Holmes and Ruth Phillips will executive produce for Zeppotron.